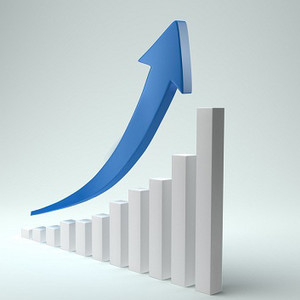 Can't you find the service you need?

In 2015, the face of the pressure of the economic downturn, the tile industry cadres and workers to work hard, above scale enterprises brick production and the main economic indicators continue to maintain modest growth, the industry is experiencing the throes of structural adjustment, change the running trend of industry is also gradually growth from quantity to quality and efficiency.

1. Industry and economy operation in 2015

1.2, the completion of major economic indicators

The main business income of the rapid growth of the main area for the western region, growth of 15.4%, followed by the central region, an increase of 9.2%; private and Hong Kong Macao and foreign holding enterprises grew by 9.9%, collective and state-owned enterprises are showing negative growth.

The larger profit growth mainly in the western region, growth of 16.3%, the eastern and central regions were increased by 5.1% and 2.1%; private enterprises grew 7.9%, state-owned and collective enterprises decreased by 36.8% and 23.8% respectively.

1.3 completion of the investment

In 2015 China’s large-scale brick enterprises although the uneven development between regions, the main products yield, economic benefit index and the amount of investment was up and down, but the overall situation remained relatively stable, technical level of equipment in the new promotion, product structure optimization is also gradually gradually. But we should also see that the industry structure adjustment pace is still slow, the product structure is still mainly in the low-end, low value-added products, competition in the industry is not standardized, part of the enterprise economic efficiency is poor, even in trouble.

In 2016, the building materials industry will face a double pressure from the external macro needs weaker and more prominent contradiction within the industrial structure, the internal structure of a series of regulatory measures to take national and industry efficiency release and building materials industry adjustment will be a gradual process, building materials industry in the short term will continue to face enormous downward and downward pressure, brick and tile industry will face more severe challenges. To this end, the China Construction Materials Association early in the year to the entire industry issued a "on strengthening self-discipline, according to market demand to organize production and operation, to prevent industry economic benefits continue to decline" emergency notice.

One is to develop good science and industry "13th Five-Year" development plan, adhere to the "innovation, beyond the building materials industry leading" development goals, scientific layout of production capacity, always put the industry structure adjustment and eliminate backward task as the main task;

The two is to strengthen the supply side reform, carry out and implement the "promoting green building materials production and application of action plan", guide enterprises to produce more new, energy saving, green, environmental protection, light weight and high strength, multiple functions of a wall products;

Three is to strengthen self-discipline and regional governance, according to market demand to organize production, curb the vicious competition of low dumping, and strive to safeguard the interests of the industry;

The four is to encourage enterprises to hard skills, mining potential, reducing efficiency, to management efficiency, management costs, through the development of new products, expand services, innovative marketing model to optimize the stock, to find a new growth point;

The five is to encourage qualified enterprises to actively go out and learn from the international advanced production technology, improve themselves, to broaden the idea of developing the international market, let Chinese tile equipment, technology and products to the world.